Puerto Rico’s Governor Stepping Down Amid Scandal and Debt Crisis 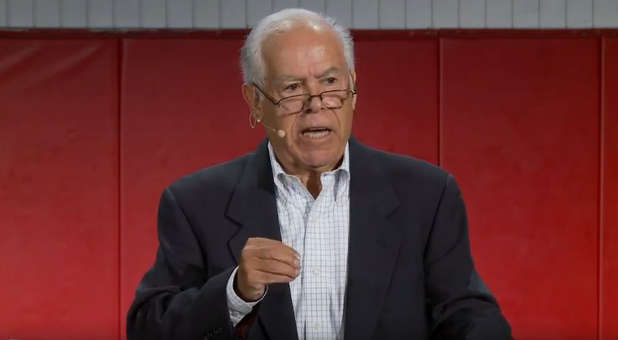 In 1992, Miranda founded the Latino Evangelical Alliance, which later morphed and re-emerged as the NHCLC. Miranda led the way in providing holistic national leadership to the emerging demographic of Hispanic/Latino Christians.

“His commitment to Christ—real. His prophetic voice—renewing. His love for the marginalized—relentless,” Rodriguez said. “On behalf of the NHCLC family, we express our condolences to the entire Miranda family. We love you, Brother Jesse. You changed our lives.”

Miranda, referred to by some as the “granddaddy of U.S. Latino Protestantism,” was a consultant to three U.S. presidents on Hispanic affairs.

Miranda was also the founder and director of the Jesse Miranda Center for Hispanic Leadership at Vanguard University in Costa Mesa, California, and is widely regarded as the “driving force behind uniting disparate U.S. Hispanic evangelicals on issues such as theological education, social ethics and racial reconciliation,” according to the Assemblies of God official website.

Miranda began preaching at 19. He is the author of The Christian Church in Ministry, published in 1980 and translated into 10 languages, as well as Liderazgo y Amistad (Leadership and Friendship). Miranda also served as an instructor at the Latin American Bible Institute from 1959 to 1978. In all, he served as an AG general presbyter for 41 years.

At a reception in August 2017 for Miranda, Pastor Wilfredo “Choco” DeJesus, one of three Hispanics on the AG Executive Presbytery, told Miranda, “You have left a tremendous legacy for us to follow.”

Miranda grew up in Albuquerque, New Mexico, the son of a Mexican lumber mill worker and Spanish-descent mother with a third-grade education, according to the AG website. He and his wife, Susan, were married more than 60 years and had three children—Jack, Michael and Cindy.